Signs of Rosacea, The Causes and Treatment Options

There are many different common skin conditions that we hear about frequently including acne, eczema and psoriasis, however one of which that is less commonly discussed is rosacea. Rosacea is often mistaken for one of the conditions previously mentioned as there is very little proven information about the skin disorder. Researchers are aware of the signs of rosacea but less knowledgeable of the causes, and guaranteed resolutions meaning rosacea often remains undiagnosed.

What Are The Main Signs Of Rosacea?

Rosacea is a long-term, dermatological skin disorder that is considerably less common than most other skin conditions; it only affects around 1% of the population. It mainly affects the centre of the face, particularly around the cheek, nose and chin area. In severe cases, rosacea can even affect the eyes making them feel itchy with small red bumps appearing on the lids.

Rosacea often flares up and then dies down in cycles, it never entirely disappears, and signs will always be prevalent. One of the most common signs is redness and flushing of the affected areas making the skin look inflamed. People who suffer from rosacea often have more visible blood vessels on and around the nose, which once they have appeared, are hard to remove without a specialist treatment.

Most flare-ups will involve a dramatic breakout, where it will appear as if your skin is covered with tiny red spots, which is primarily why the condition is often mistaken for acne. Acne symptoms include whiteheads, blackheads and pimples as opposed to rosacea, which is simply red, inflamed spots. It is common for acne to spread around the body, reaching areas such as the back, neck and arms, whereas rosacea will only affect the face. Rosacea is less common in younger individuals, it mainly appears with age and once you have the condition, it is unlikely for signs to disappear over time, but with acne, it affects mostly teenagers and symptoms fizzle out with age. 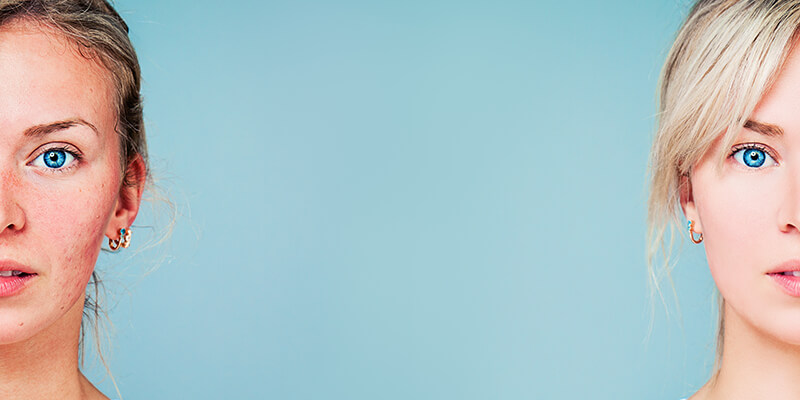 Unfortunately for sufferers, there are no proven causes of rosacea; no one really knows for sure why individuals develop symptoms. Some suspected causes are the following:

Extensive exposure to intense UV rays, over time, starts to damage your blood vessels which cause them to dilate. Dilated blood vessels become considerably more noticeable, which is one of the main signs of rosacea.

It is thought that rosacea is sometimes passed over through genetics as there have been many cases of parents suffering from the condition and then their children also do later down the line. The issue is that there has been no research to prove which gene causes it to be passed on.

As unappealing as it sounds, there are microscopic mites that live within your skin, everyone has them, and they are not harmful to the body. However, some individuals have an above average amount of mites in their skin; they react to the bacteria the mites produce which then starts to irritate the skin. Researchers suspect that this is one of the causes of rosacea.

Once someone has been diagnosed with rosacea, it’s time to start tracking down the main triggers that encourage a flare-up. Everyone has different triggers and what may be a massive ‘no-go’ for one sufferer, may be entirely problem-free for another.

Common triggers include things such as spicy food, alcohol, stress, being exposed to adverse weather, caffeine and many others.

Most triggers cause a flare-up because they activate peptides, which are proteins made from amino acids. If your body is to produce a high dose of peptides, it starts to affect the blood vessels. Again, similarly to extensive sun exposure, this causes the blood vessels to dilate, making them look red and inflamed. 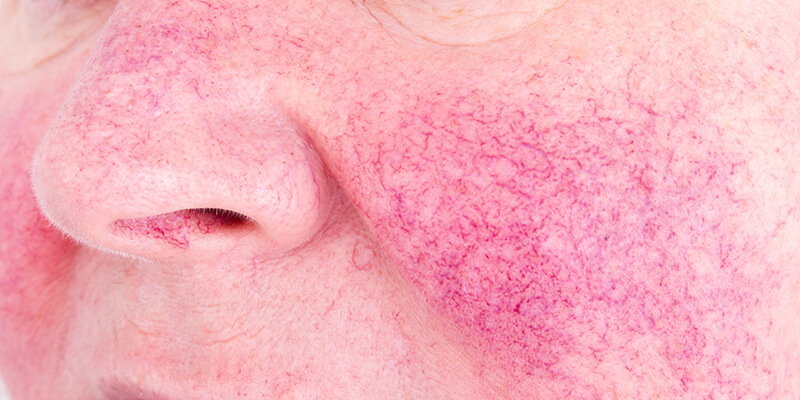 Unfortunately, there are yet to be proven solutions to cure rosacea, but there are many treatments and useful pieces of advice that can lessen the appearance of symptoms and avoid bad spells.

If you feel as if you are suffering from the typical signs of rosacea, first and foremost, visit your doctor. They will be able to help you to pinpoint your triggers by running several different tests and then prescribe medication. The issue with medication is that they are likely only slightly to reduce some, not all of the symptoms. For example, brimonidine will help to reduce redness and doxycycline will reduce the appearance of spot-like bumps.

Luckily, with new advanced laser technology rising in popularity, many clinics now offer rosacea treatments, which over time will dramatically decrease prominent symptoms making the condition more manageable. Professional rosacea treatments use intense pulse light which starts to shrink the dilated blood vessels and reduces the likelihood of flushes. The treatment is quick and easy as it only takes around half an hour to treat your affected area, you are likely to need a set of approximately eight treatments to maximise results. Although using intense pulse light reduces the size of blood vessels and reduces redness, it will not remove what is known as spider veins or broken capillaries. If this a sign of rosacea that particularly worries you, then you may want to combine your intense pulse light therapy with face thread vein removal.

Skincare is vital for everyone, but particularly those who suffer from a skin condition. Be kind to your skin and opt for cleansers that will soothe the skin rather the irritate it. Try to stay away from products that include alcohol and instead look out for those with hypoallergenic ingredients. When it comes to makeup, go for a light foundation that will avoid clogging your pores. A helpful tip when it comes to applying makeup is to find a green tinted concealer or primer as it cancels out redness and creates a smooth canvas to apply foundation. Smashbox, Clinique and Barry M are just some of the many popular brands that stock green colour correctors. For more makeup tips, take a look at this National Rosacea Society page. 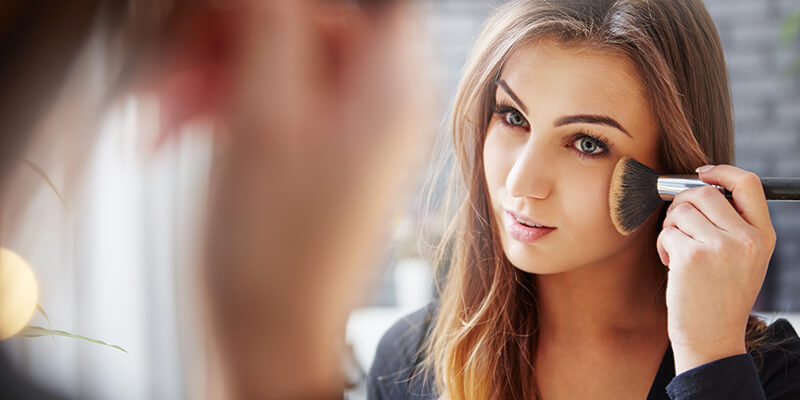 Living with rosacea and any other skin condition can be tricky as you can never anticipate when your skin may flare up. Always speak to a doctor before going ahead with any medication or treatments, they will also have a whole host of medical advice!

First Signs Of Ageing And How To Tackle Them

When you begin to notice small things on your face that start to show...

What To Know Before Getting Fillers

Although years ago, it was a taboo subject to talk about the "work" in...

Important COVID-19 Message for All Our Patients We at LasaDerm hope y...

How To Keep Your Skin Hydrated

With the weather getting hotter and hotter by the day, it's more than...

Previous Post Body Sculpting Procedure – An Hour At The Gym Or An Hour At An Aesthetic Clinic?
Next Post What Are The Best Anti-Ageing Solutions?