Angela, who was in her early fifties, had never had any cosmetic procedures. Being active and health conscious, to her, getting old gracefully was just part and package of life. This was until her daughter gave her the wonderful news that all mothers want – news that she was getting married.

Angela started to notice that her frown lines had made her look older and the stress of the wedding planning had made the lines across the top of her forehead seem more pronounced. To add to that, she was conscious of her eyelids feeling as if they were heavier than she had noticed before. Looking closely at her reflection she felt she wasn’t happy with what saw.

Mentioning this to a friend one morning, who had been having Botox for a while, her friend suggested she have a free no obligation consultation at LasaDerm, where she had been having her
Botox.

Angela had been reticent about having anything done previously as she was anxious about all the horror stories of drooping eyelids. However, encouraged by the fact that her friend looked great and she had not had any problems as she had gone to a reputable place where only qualified doctors did the treatment, she decided to do some research on the internet. There was a plethora of information available on Botox, a cosmetic treatment she had previously thought was an option available to only celebrities, the privileged or “those who, as she put it, seemed vain”. With the possibility of her not looking her best on the day and then the constant reminder when she would look at the wedding photographs she booked her free consultation at LasaDerm as recommended by her friend

At the consultation, Angela had a list of questions from her research on the internet, around safety, getting “hooked onto a slippery slope”, affordability and how to look fresher and younger with a natural rather than a “frozen look”. She was reassured as the doctor was able to address all her concerns while being realistic and honest with some of the actual side effects that could happen if the post-treatment advice wasn’t followed. She felt more reassured as all the products used at LasaDerm were UK sourced and all the injectables are only carried out by highly trained doctors. This was one of Angela’s biggest concerns with all the horror stories around injections done by untrained people in houses and beauty salons.

She booked her treatment a month before the wedding as recommended by the doctor and two weeks later came for her complementary 2-week review to see if she required a tweak, which was all part of the service at LasaDerm.

Angela was left with one question from the clinic at the end when she came for her review – in the credits at the wedding along with:

The answer was “there are some things a woman never divulges.” 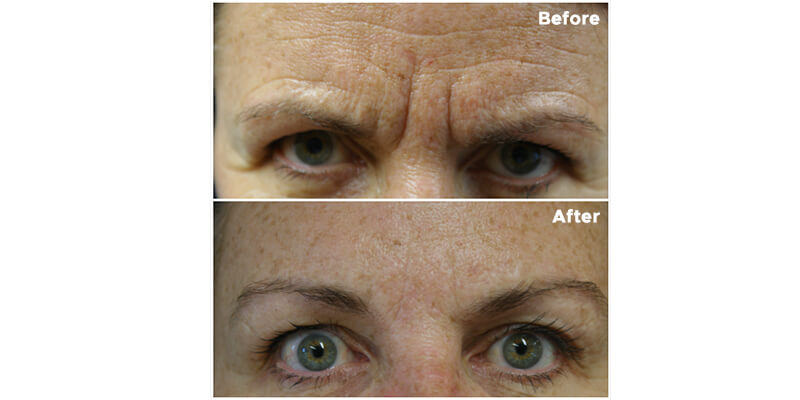 "I’m so glad I had the Botox done before my daughter’s wedding and would have no hesitation in recommending LasaDerm. I was recommended to have 3 areas that concerned me, the forehead, frown lines and one to lift my heavy eyelids up. The doctor and staff are so friendly and professional. As every woman knows it’s so easy to get caught up looking after everyone and everything else that this little guilty pleasure was really a well-deserved one. It really made a huge difference to the way I felt on the day of the wedding, and I was so pleased when all my family and friends commented on how good I looked. For the first time in ages, I have enjoyed looking at photographs of myself. I’m definitely going to keep my Botox treatments up."